Duties Of The Developer

This article is part of a series: Part 1

It is the duty of the developer to open, maintain, transfer the building maintenance account and convene the first general meeting.

This week, I’ll share with you the statutory duties of the developer, what happens if the developer fails to perform them and what action can the JMB/MC can take if that happens. We’ll also cover what the JMB should take note of when the JMB is formed. This topic is important because it determines whether a JMB will have a good head start.

It is interesting that the Strata Management Act (SMA) appears to provide clarity over:

The developer has a period of 12 months from the date of delivery of vacant possession of the parcels (a piece of real estate usually resulting from the division of land) to call a first meeting to establish a JMB.  Whereas for a MC, the developer has a duty to convene the first Annual General Meeting (AGM) of the management corporation within 1 month after the expiration on when there are proprietors who are registered as the proprietor of a parcel a sum of whose share units is at least 25% of the aggregate share units.

At the first meeting, it is imperative that you make sure the developer includes the issues below in the meeting’s agenda:

The quorum (minimum number of members) that make the meeting valid at the first meeting must be one quarter of the purchasers who have paid maintenance charges. If within half an hour, a quorum is not present, the registered members entitled to vote who are present shall constitute a quorum.

In the course of anticipating the first meeting, the individual purchasers must also know that it is the duty of the developer to open and maintain a Maintenance Account. The account should be opened for each development area and be transferred to the JMB after JMB is formed.

Transferring of the funds from the MA is usually a tedious process and it is important that the JMB at this juncture note the following:

All monies collected by the developer in the maintenance account shall only be used for actual or expected general or regular expenditure of the following matters:

A developer who fails to comply with the above commits an offence and shall be liable to a fine of not less than RM250,000.00 or to imprisonment for a term of not exceeding 3 years or to both.

During the handover to the JMB, the Developer is also statutory bound to:

Section 15(3) of the SMA also made it a duty for the developer to deliver to the JMB:

Any developer who fails to convene a first Annual General Meeting or to deliver the documents above commits an offence and shall, on conviction, be liable to a fine not RM250,000.00 or to imprisonment for a term not exceeding 3 years or to both.

If the developer fails to discharge its responsibility, a proprietor can lodge a complaint at the Strata Tribunal. There are a lot more issues which I have come across at the handover period which I may not be able to share them all at this juncture but JMBs are encouraged to seek legal advice for a complete handover.

(Waste Separation) A Sustainable Environment – Towards A Progressive Malaysia

Time truly waits for no man. We are already marching into the half-year mark of year 2016.

Besides celebrating the half-year milestone of 2016, the month of June bears an important reminder to all Malaysian citizens in light of the recent announcement made by the Ministry of Urban Wellbeing, Housing and Local Government (Kementerian Kesejahteraan Bandar, Perumahan, dan Kerajaan Tempatan – KPKT) on 16 May 2016. Briefly, households which fail to separate solid waste according to its respective categories can attract fines of up to RM1, 000.

The enforcement however only applies to the Federal Territory of Kuala Lumpur, Putrajaya, Johor, Negeri Sembilan, Pahang, Malacca, Kedah and Perlis at this stage. It is just a matter of time before the entire nation catches up with the waste separation implementation.

The mandatory waste separation took effect on 1 September 2015. However, it has been observed that Malaysians at large remain lax or ignorant when it comes to separating waste. This can be attributed to the lack of enforcement at the federal and state level or lack of cultivation of recycling habits since young.

The explanation for both residual waste/wet waste and recyclable waste/dry waste can be summarized in the table below.

* Collection schedules may vary according to neighbourhood location. Readers are advised to refer to this KPKT page for more information or to contact the respective local authorities.

Waste separation exercises are easy, effortless and environmentally friendly plus, their benefits can be observed in the short and long run. With a little dedication, it’s not long before they become part of your daily habits.

Here are some simple and practical ways to reduce wastage:

1. Bring your own containers whenever you are packing food from restaurants.

This habit can help reduce the usage of polystyrenes (which are non-biodegradable) and paper packages. Containers can be reused after washing and also kept for future use. 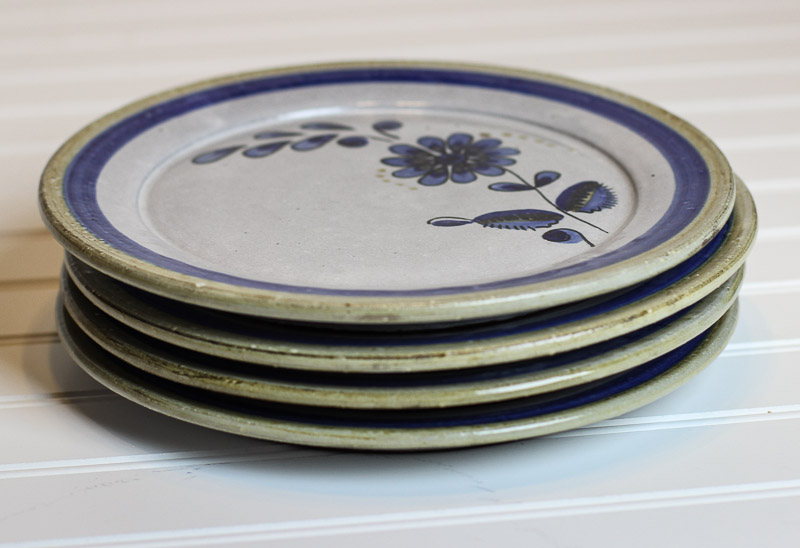 You should use ceramic cups, plates or stainless steel utensils which can be washed and reused repeatedly. In simple words, we should not consume more than what we need! We are all guilty of gluttony every now and then. One of the greatest habits Malaysians need to cultivate is eating in moderation.

5. Use Kitchen/Food Waste as Fertilisers in your house gardens.

There is one prevailing issue which need to be addressed – a clearer guideline and platform for the disposal of certain hazardous materials/chemicals. For example, batteries, alcohols, perfumes, pesticides and etc. Negligent/Wrongful disposal of hazardous materials can lead to irreversible consequences such as fire, soil and/or air pollution.

One possible solution is to be strict on imposing companies to recollect old batteries, unconsumed alcohols, perfumes, pesticides and other hazardous materials which can be identified from time to time (according to Section 102, Solid Waste and Public Cleansing Management Act 2007).

Waste separation is a starting point. The ultimate goal is however, to develop a waste separation system which is feasible and effective in the long run in pursuit of a sustainable environment.

TIME TO GET SERIOUS

Malaysia is lagging behind in terms of implementation and enforcement of waste separation. The Act was gazetted on 30 August 2007 and yet, it has taken nearly a decade for the implementation to roll out. Progressive countries such as Germany, United Kingdom and Singapore have been carrying the waste separation system for decades.

Both the public and the public authorities have major role to play in order for the system to be effective. The public should get educated and not remain ignorant. On the other hand, public authorities have to be strict in enforcement, diligent in producing clear & compelling guidelines and ensuring the appropriate platforms are available for the waste separation exercise to be successfully carried out.

From the Editorial Desk

We are approaching the end of 2015 and many of you may have already started packing your bags for vacation. With Christmas and 2016 around the corner,  taking leave from work is simply irresistible.

Just before you do that, remember to check whether you have sufficient days of leave with you because the last thing you want to do is to unintentionally taking more than you were entitled to which may cause unnecessary friction and in some extreme instances, become a cause of dismissal.

In trying to bring our own set of seasons greetings to you, we present to you our article prepared by Phan Yit Leng where she writes about an overview on the Industrial Relations in Malaysia which is relevant to employers and employees alike.

An Overview on Malaysian Industrial Relations

The number of claims by dismissed employees for unfair dismissal has increased every year. While most of these are settled at the level of conciliation at the Department of Industrial Relations, nevertheless, hundred are not resolved. They are then referred to the Industrial Court.

In Malaysia, employees have certain rights which are protected by the statutes such as Employment Act 1955, Industrial Relations Act 1967 etc. Employees cannot have their services terminated at will by their employer. Thus, the success rate of employers defending the termination of an employment contract is not high as most courts favor the employee. This leaves the employer at the losing end which costs time, money and productivity. These are some reasons, amongst others, why employers are found to have dismissed an employee without just cause and excuse:-

It should not be an issue for any manager, human resource practitioner, or any other interested person to ignore the employee’s fundamental rights. In order to keep abreast with the changes in the case law, they should regularly read the awards of the Industrial Court which can be found on the website of the Industrial Court (www.mp.gov.my).

More often, employers terminate an employee for good reason but the evidence is seriously lacking. Without written evidence, the employer’s case is unconvincing. Furthermore, most cases take at least a year or more to reach the Industrial Courts. As time passes, company witnesses may have difficulty recalling the events leading up to a termination thus their evidence is unconvincing in court. Other difficulties may include key witnesses who are no longer working in the organization, may be unwilling to speak on the company’s behalf or even untraceable.

The employers are also disadvantaged by the Industrial Court Awards which basically reveals certain information about the organization. For example, employee’s salary range, organization hierarchy, proprietary information and other data.

In order to avoid lawsuits, it is advisable for all employers to have standard termination procedures in place as follows:-

In some situations, an employer may on the grounds of misconduct dismiss an employee. However, it should be noted that the dismissal on the grounds of misconduct is somehow valid only after due inquiry is carried out. This serves the purpose of giving an employee the right to be heard and is in accordance with the principles of natural justice. At such an inquiry, a charge would be preferred against the employee setting out the complaint against the employee. The employee would have to show cause through answering those complaints, calling witnesses and presenting his evidence in rebuttal if any.

On the other hand, when an employee has been dismissed unjustly, the procedures to claim damages at the appropriate avenue are as follows:

A dismissed employee can opt for alternative machinery which is to initiate an action to sue the employer in the civil courts either for breach of contract or wrongful dismissal. Most lawsuits do not go to trial and end with both parties settling.  This can be beneficial for the employee because they will receive some form of compensation from the employee and further eliminate unnecessary expenses.

Having said that, understanding the employment law in depth is crucial for every employer and employee. Employees should know their rights so that they are not treated unfairly. The employers should understand employment law to avoid legal action being taken against them as these laws and regulations are complex and constantly changing, especially case law.

If you have questions in any of these areas of employment law, or if you are searching for trusted and sound legal advice or representation, please do not hesitate to contact us. Our firm can assist you in understanding and enforcing your rights in all areas of employment law, including employment agreements and service contract, workplace policies, terminations, discrimination and harassment, leaves of absence, unemployment compensation, wage and remunerations, workers’ compensation and others.